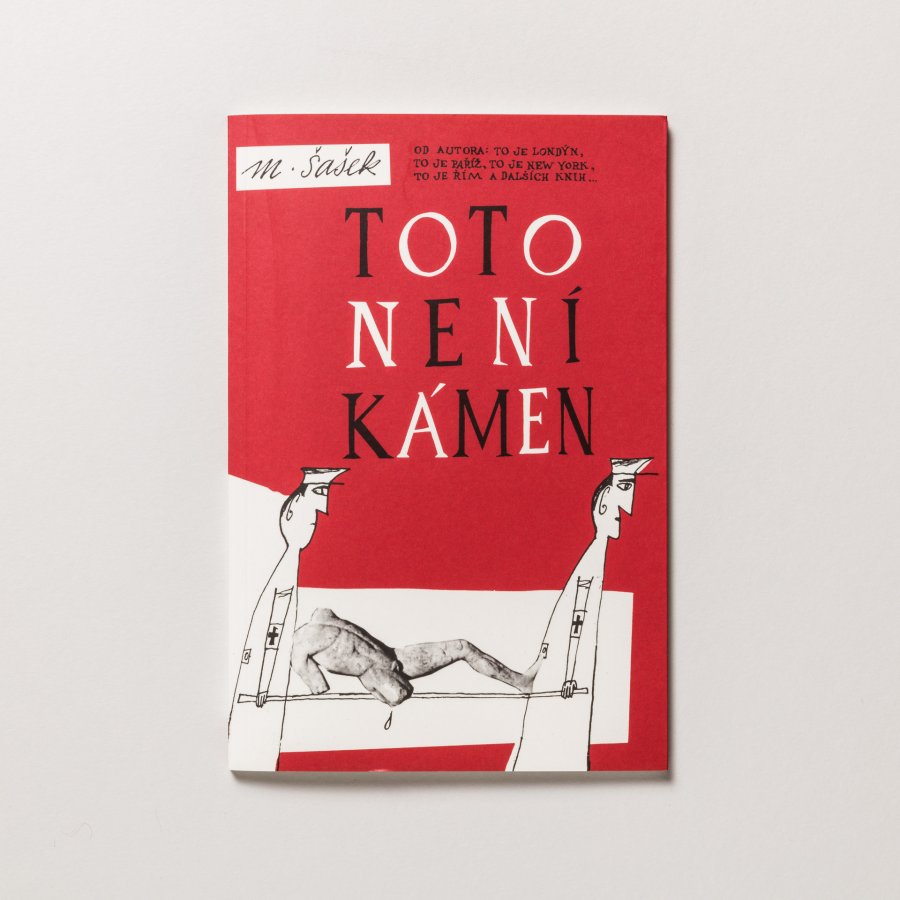 Stone is not cold

Medusa is admiring her new coiffure in a looking glass, Cicero hidden in a studio hems prior to speaking to the public, Nero, elated with a sense of a well-done job is watching a live broadcast from burning Rome… All this and much more can be found in a witty, funny and daring book full of Old Rome statues in ludicrous situations with which the reader feels familiar.Most readers know Miroslav Šašek as an author of guidebooks to famous cities. The books from his original series titled This Is… were originally aimed at children, but their parents became to like them years ago, too. To both young and old Šašek dedicated the book This Is Not Stone which - apart from his guidebook This is Rome – dwells on his life in Italy and using fun and collage expresses his admiration of the Roman art.