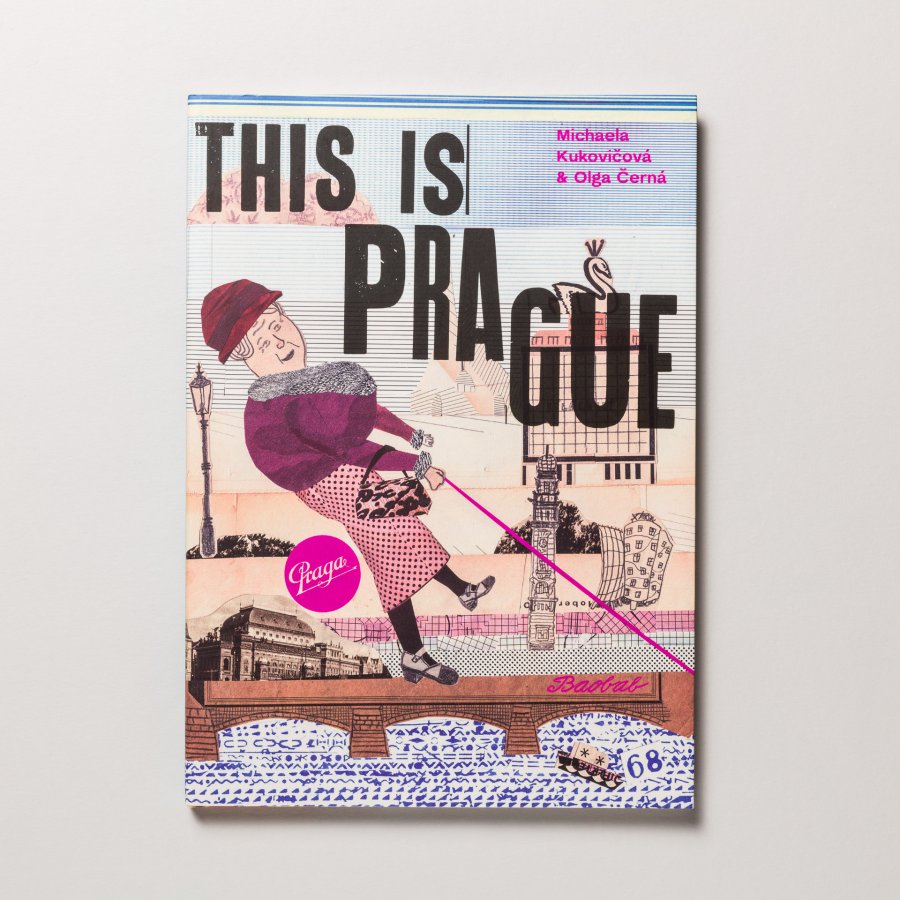 English version! Is Prague still beautiful, amazing and fascinating? Or has it been trampled under the feet of millions of tourists, who hurry over its paving-stones from Prague Castle, across the Charles Bridge, to the Old Town Square and back again? Prague is a city of towers, hills, gardens, lanes, houses, pubs, secrets, stories, memories, people, animals and statues… Have a look at it in a new way. Stroll through its streets with Michaela Kukovičová and Olga Černá. They’ll show you bridges, islands, observatories and parks. You’ll see the centre. You’ll see the suburbs. You’ll find out how many bridges span the Vltava, in which house the devil smashed the ceiling and what can you see from Žižkov Tower. (They’ll also tell you where to buy the best sandwiches.) Read the tale of the boy who turned into a beetle, the legend of the Golem, or the heroic story of Sir Winton, as well as the assassination of Heydrich and how one particular Czech president scooted about the Castle. There’s always something to gaze at and be amazed by… because in Prague everything is possible.Also available in English:This is M. Sasek(about the life and work of Miroslav Šašek)Also forthcoming are new takes on world cities:Henning Wagenbreth — This is BerlinTribute to ŠašekSo many stories and articles have been written, so many paintings painted and programs broadcast about the world’s great cities. When he began publishing his picture guidebooks, Miroslav Šašek, the faraway world was not so networked and connected as it is now. Still his books are published: that’s because, quite simply, they express Šašek’s personal and unique vision, which brings the world’s cities to children simply, clearly and in a fun way. His books are timeless and inimitable, even though these cities’ populations have grown, post-boxes have disappeared from the streets and telephone booths have been replaced by mobile phones.Miroslav Šašek published nineteen illustrated guidebooks. He travelled through cities he liked, or where editors sent him. He went half way around the world. The only ones he couldn’t visit were in Eastern Europe, so he never wrote illustrated guidebooks for Berlin, Budapest, Prague, Moscow…Thanks to the Miroslav Šašek Foundation, which holds the copyright, the This is… series could be published in Czech. And since Šašek’s books remain successful, the Foundation is able to support contemporary illustrators and authors of children’s books so they can continue in Šašek’s tradition, but also start something new – create guidebooks for cities which he couldn’t visit, or didn’t manage to cover.Tribute to Šašek is a new series of illustrated guidebooks to cities created by the best European illustrators. They can do it in their own way: only Šašek’s format and number of pages are retained. The first in the series, This is Prague, is in its way exceptional. Šašek grew up in Žižkov, but had to emigrate from the city for political reasons, never to return. The book was written by Olga Černá, a long-time Baobab author. She’s also Šašek’s grand-niece and one of the Foundation’s founders.So we’ve symbolically closed the circle, or rather opened it up for more guidebooks. And we’re already working on Berlin… this time with Henning Wagenbreth.